Archive for the tag “Announcements”

In the far distant south, past the fever swamps of Trolah and beyond even the Nightmare Mangroves of the Thrice Killed King, there lies is a range of hills at the very feet of the high-fells. A place still shrouded in a white mist that clings to the valleys like cobwebs. A place where the forests are as tall as they are dark and are far more ancient than man. It is an old place filled with old things; the grim spectres and shades of monsters which haunted and hunted man even before he had mastered fire or learned to speak. Only a fool ventures into these hills. For despite all of man’s might and pretensions at civilisation, the old things still hold sway and can still make you very, very dead. But amidst a night made of knives and teeth, a small clan have forged a life. They are a people of dusty brown skin and their tales say they were hewn from the foundation stones of the earth, back in the Old Time when the world was young. If you ever meet them, you would like as not agree with their tales. They spend their lives like coiled springs, filled with raw power, yet it is a power restrained and mastered, a power stored away until it needs to be used. They are lithe, and they are stout, they are quick and they are slow, they are murderous, yet they are also wise. They are people, perhaps here more so than any other race anywhere else. As if they were the first and we are all but shadows of their ancient grandeur. These people are the ones that the darkness first learned to fear, they are the fire makers and the wilderness-tamers. And it is these simple, yet mighty people who have a saying: 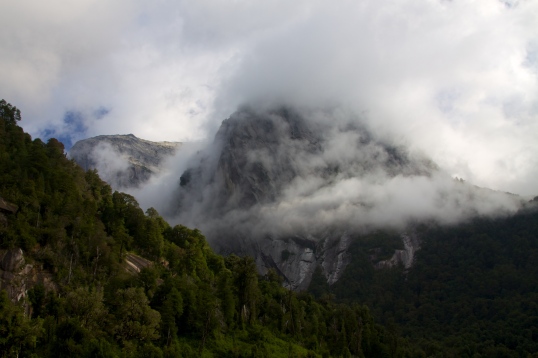 And so I am here to say that our saga is now at an end, at least for now. So The Working Barbarian is going on hiatus. But don’t worry, there are plans in the works and we will be back. After all we can hardly leave the end of the Lay of Jala unsung can we? Her inevitable confrontation with the Whelpslayer will find its way to your screens eventually. But for no we’re venturing off into the wilds and we may be some time…

Posted by The Rogue Verbumancer in Announcements and tagged Announcements, Hiatus, The Working Barbarian | Leave a comment

In the far and distant realms of the High North, the icy grasp of winter has finally relinquished its hold on the land. The snows have melted, shoots and buds of green life appear where once there had been only whiteness and death. Now that the passes are clear, we can at last depart from Working Barbarian Towers and retake our place in the world. That is our official excuse for being gone from your browsers for nigh on 4 months and we’re sticking to it. Our absence is most certainly not the result of a slide into indolence, or a growing affinity for the hedonistic joys of lying on the sofa like a loppy dog while pouring gallon upon gallon of tea into our collective faces. A warrior cares not for these things! So even if they might be entirely true and accurate, could you please just pretend we’ve been off fighting dragons or rival tribes of belligerent northerners? As a small gesture of our contrition, the next instalment will be a bumper two parter!

Since it’s been such a long while since the last instalment of Jala’s saga it’s more than likely that some, if not all of you, will have forgotten the deeds and events that have thus far transpired. But worry not my hale and hearty friends! The great Skaald James of Clayton has prepared something to jog your memories a little.